The United States Consulate has issued a warning to US citizens about “the risk” of attending a large anti-Trans-Pacific Partnership (TPP) deal rally planned for Auckland tomorrow.

TPP protests will be held in several cities, with the biggest one set to march down Auckland’s Queen Street.

The US Consulate is urging American citizens to avoid the march, saying the police estimate a crowd of about 8000 people.

It said even demonstrations intended to be peaceful can turn confrontational, and reminded people to exercise caution around large crowds or protests.

The consulate said the State Department remained very concerned about the threat of violence against its citizens around the world.

Protest rallies against New Zealand signing the Trans-Pacific Partnership trade deal will be held in several cities, with the biggest one set to march down Queen St.

The US consulate has sent an email to American citizens in New Zealand, urging them to avoid the march. 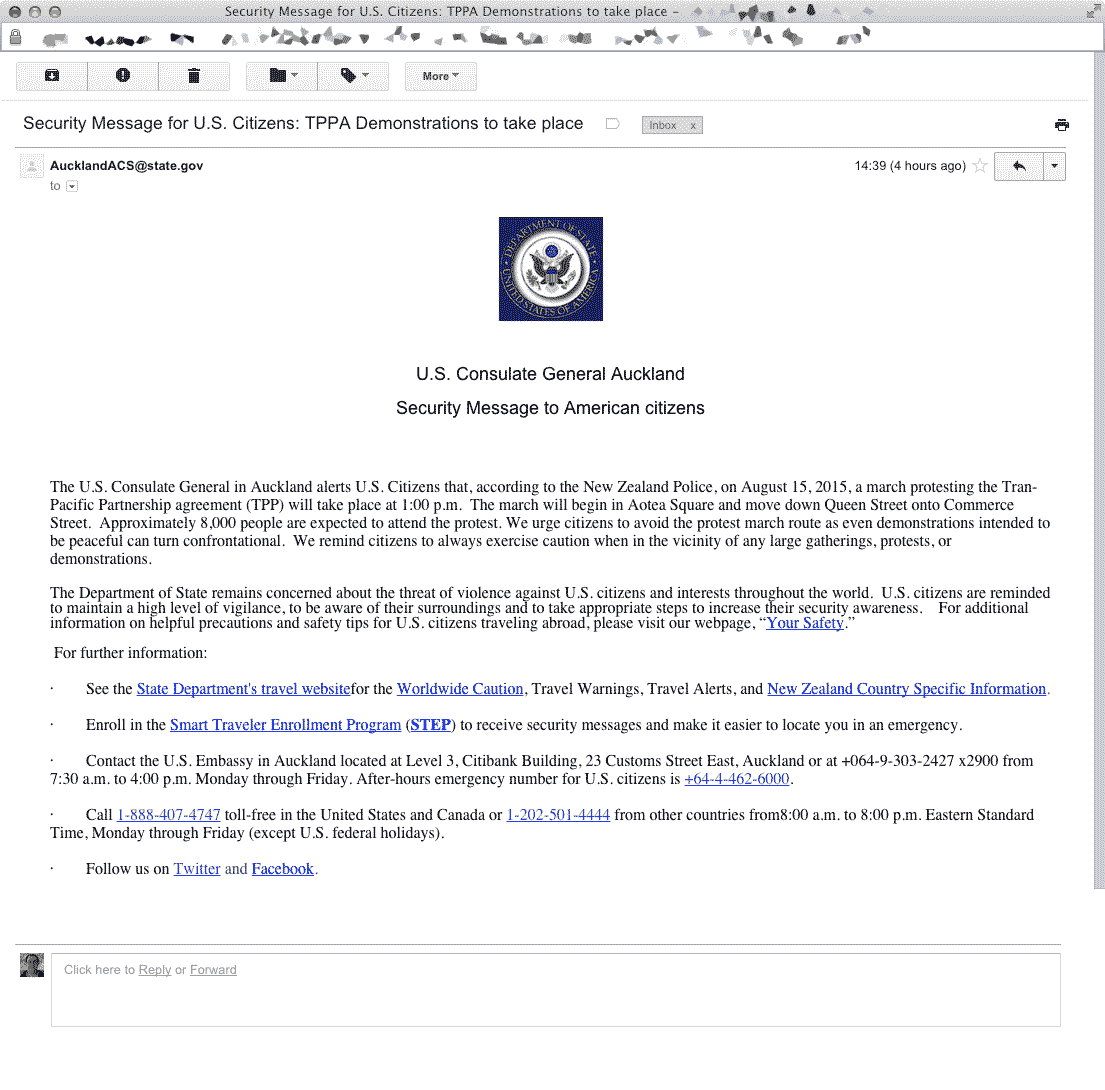 It says the police estimate a crowd of about 8000 and even demonstrations intended to be peaceful can turn confrontational.

The embassy said it was not an unusual case – it had issued warnings about large protests in the past and has provided Radio New Zealand News with copies of three similar advisories about pro-Palestinian rallies last year.

Greens trade spokesperson Russel Norman, who will be part of the protests tomorrow, said American citizens had nothing to fear.

“I’d just say to the US Embassy, Auckland isn’t Ferguson and the police won’t be shooting people.

“It’ll be a peaceful demonstration, they should just relax and maybe they should come along – they might learn something.”

Protests are expected to be held in Auckland, Wellington, Christchurch and Dunedin, and possibly some smaller centres.