A new briefing paper published today by the London-based Global Warming Policy Foundation (GWPF) examines environmentalists’ statements about droughts and heatwaves and finds them to be highly misleading.

Claims that droughts are getting worse are not supported in the scientific literature. This is true for both on a global level and for the UK, where historical records indicate much longer and more severe droughts occurred long before human carbon dioxide emissions became significant.

Moreover, claims that “climate change” was behind the conflicts in Darfur and Syria are shown to be based on highly partisan scientific studies that ignore a host of conflicting evidence.

Andrew Montford, the author of the paper said:

“Records of drought provide very little support for the idea that dry places are getting drier and this is true both of the UK and the world as a whole. Still, green activists are never going to spurn the opportunity to exploit every failure of the rains by blaming it on climate change.”

“Droughts are bad news for those who have to endure them. But for politicians to indulge environmentalists’ wild claims is dishonest.” 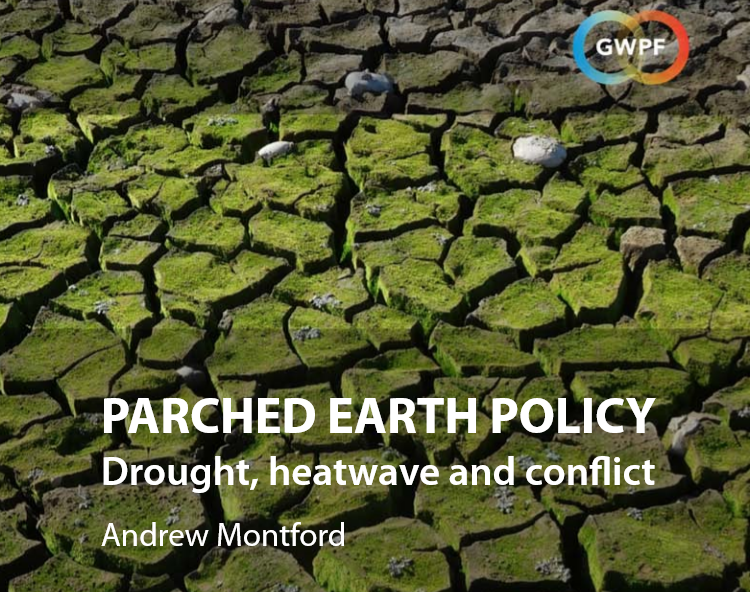