Global Research | 23 Nov 2017
Global Research Editor’s Note
Ratko Mladić has recently been convicted to life imprisonment by the the ICTY on charges of genocide, war crimes and crimes against humanity while he was Chief Commander of the Army of Republika Srpska between 1992 and 1995 in Bosnia and Herzegovina.
This detailed account first published in 1998 by former UN Military Observer Carlos Martino Brancocasts doubts on the decision of the Hague Tribunal (ICTY) that “genocide was committed in Srebrenica in 1995.”

“…Bosnia Serb forces carried out genocide against the Bosnian Muslims (…) .Those who devise and implement genocide seek to deprive humanity of the manifold richness its nationalities, races, ethnicities and religions provide. This is a crime against all humankind, its harm being felt not only by the group targeted for destruction, but by all of humanity.”

This article by General Major Carlos Martino Branko first published by Global Research on 20 April 2004 casts doubt on the ICTY conviction of Ratko Mladić.
Michel Chossudovsky, 23 November 2017
***
Author’s Preface
I  was on the ground in Bosnia during the war and, in particular, during the fall of Srebrenica.
One may agree or disagree with my political analysis, but one really ought to read the account of how Srebrenica fell, who are the victims whose bodies have been found so far, and why the author believes that the Serbs wanted to conquer Srebrenica and make the Bosnian Muslims flee, rather than having any intentions of butchering them. The comparison Srebrenica vs. Krajina, as well as the related media reaction by the “free press” in the West, is also rather instructive.
There is little doubt that at least 2,000 Bosnian Muslims died in fighting the better trained and better commanded VRS/BSA. Yet, the question remains, WHEN did most of these casualties of combat occur? According to the analysis below, it was before the final fall of Srebrenica:  the Muslims offered very little resistance in the summer of 1995.
I was UNMO [United Nations Military Observer] Deputy Chief Operations Officer of the UNPF [United Nations Population Fund] (at theatre level) and my information is based upon debriefings of UN military observers who where posted to Srebrenica during those days as well as several United Nations reports which were not made public.
My sources of information are not Ruder & Finn Global Public Affairs. My name is not included in their database.
I do not wish to discuss numbers and similar matters pertaining thereto.  There is reason to believe that figures have been used and manipulated for propaganda purposes. These figures and information do not provide a serious understanding of the Yugoslavian conflict.
The article is based upon TRUE information and includes my analysis of the events. The story is longer than what I  have presented here in this article.
It is my hope that it will contribute  to clarifying  what really happened in Srebrenica.

Was Srebenica a Hoax?

It is now two years since the Muslim enclave, Srebenica, fell into the hands of the Serbian army in Bosnia. Much has been written about the matter. Nonetheless the majority of reports have been limited to a broad media exposure of the event, with very little analytic rigor.
Discussion of Srebrenica cannot be limited to genocide and mass graves.
A rigorous analysis of the events must take into consideration the background circumstances, in order to understand the real motives which led to the fall of the enclave.
The zone of Srebrenica, like almost all of Eastern Bosnia, is characterized by very rugged terrain. Steep valleys with dense forests and deep ravines make it impossible for combat vehicles to pass, and offers a clear advantage to defensive forces. Given the resources available to both parties, and the characteristics of the terrain, it would seem that the Bosnian army (ABiH) had the necessary force to defend itself, if it had used full advantage of the terrain. This, however, did not occur. 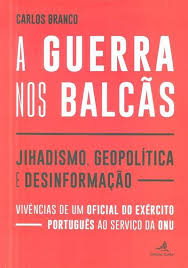