London 27 March 2018: A new report from the Global Warming Policy Foundation (GWPF) counters media hype over recent warm global temperatures, showing that almost all of the sudden increase in temperatures in the last couple of years was caused by a record strong natural El Nino phenomenon rather than global warming.

The report’s author, Emeritus Professor Ole Humlum of the University of Oslo, also reveals that the atmosphere is still not behaving the way most climatologists say it should.
According to Professor Humlum, “It is clear that temperatures in the troposphere are continuing to diverge from surface temperatures. In other words, they are warming more slowly than global warming theory says they should. The contrast with theory is even more marked in the stratosphere, where temperatures have barely changed for 23 years. We still have much to learn about the climate.”
The GWPF’s State of the Climate 2017 report is a comprehensive review of the global climate, covering land and ocean temperatures, sea ice, sea levels, snow cover and tropical storms.

Among the key findings of the survey are:

* At the end of 2017 the average global surface temperature was dropping back toward levels before the record 2015-16 El Niño episode. This return to pre-El Niño levels underscores that the recent peak in global temperature was caused mainly by this oceanographic phenomenon in the Pacific.
* Since 2003 the average global temperature estimate based on surface weather stations has steadily diverged in the warm direction from satellite-based estimates without a convincing explanation.
* Data from tide-gauges all over the world suggest an average global sea-level rise of 1-1.5 mm/year, while the satellite-derived estimates suggest a rise of more than twice the rate of about 3.2 mm/year. The noticeable difference between the two data sets still has no broadly accepted explanation.
GWPF Press Release, 27 March 2018 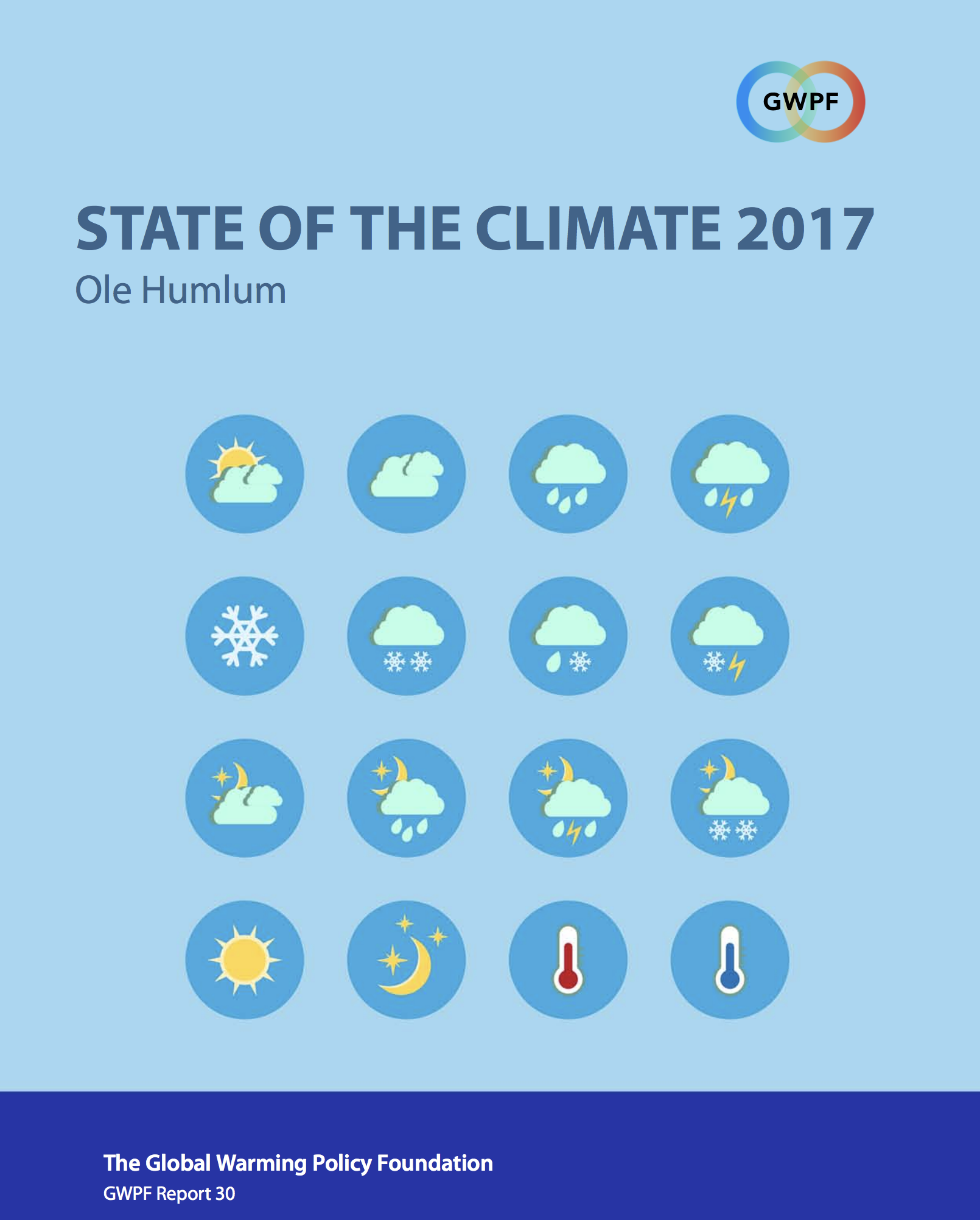