Drinking water supplies across the country are set to be fluoridated after an amendment bill passed five years after it was first proposed.

Associate Health Minister Dr Ayesha Verrall ​said she was proud of the bill, which would reduce pain and suffering from dental decay and provide a nationally consistent approach to fluoridation.

After a chorus of support for the bill from MPs of almost every political stripe, the bill passed its third and final reading on Tuesday evening. Initial funding of $8.3 million, plus another $3m per year, will be available to contribute towards local authorities’ fluoridation-related capital works.

Currently, territorial authorities have responsibility for decisions on fluoridating drinking water supplies and about half of the population live in areas with fluoridation. 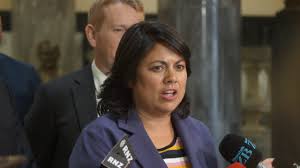 Associate Minister of Health Dr Ayesha Verrall says she is proud to recommend the fluoridation bill as it would prevent pain and suffering.

“This bill will create a consistent national decision-maker and end a patchwork of different approaches across the country.”

Verrall said under the legislation “local factors will be taken into account and the feasibility of implementation at each location” by the director-general of health. Private water supplies will not be required to be fluoridated.

But she said the science of fluoridation would not be “re-litigated”.

“The science of fluoridation is settled, like that of seat belts and vaccination.”

Dr Shane Reti​ said National supported the bill and the science behind fluoridation.