In a “special and important” announcement at noon, North Korean TV claimed that the country has successfully conducted a hydrogen bomb test at 10:00am local time.

“Through the test conducted with indigenous wisdom, technology and efforts, the DPRK fully proved that the technological specifications of the newly developed H-bomb for the purpose of [the] test were accurate and scientifically verified the power of [the] smaller H-bomb,” the statement said.

“It was confirmed that the H-bomb test, conducted in a safe and perfect manner, had no adverse impact on the ecological environment,” it added. 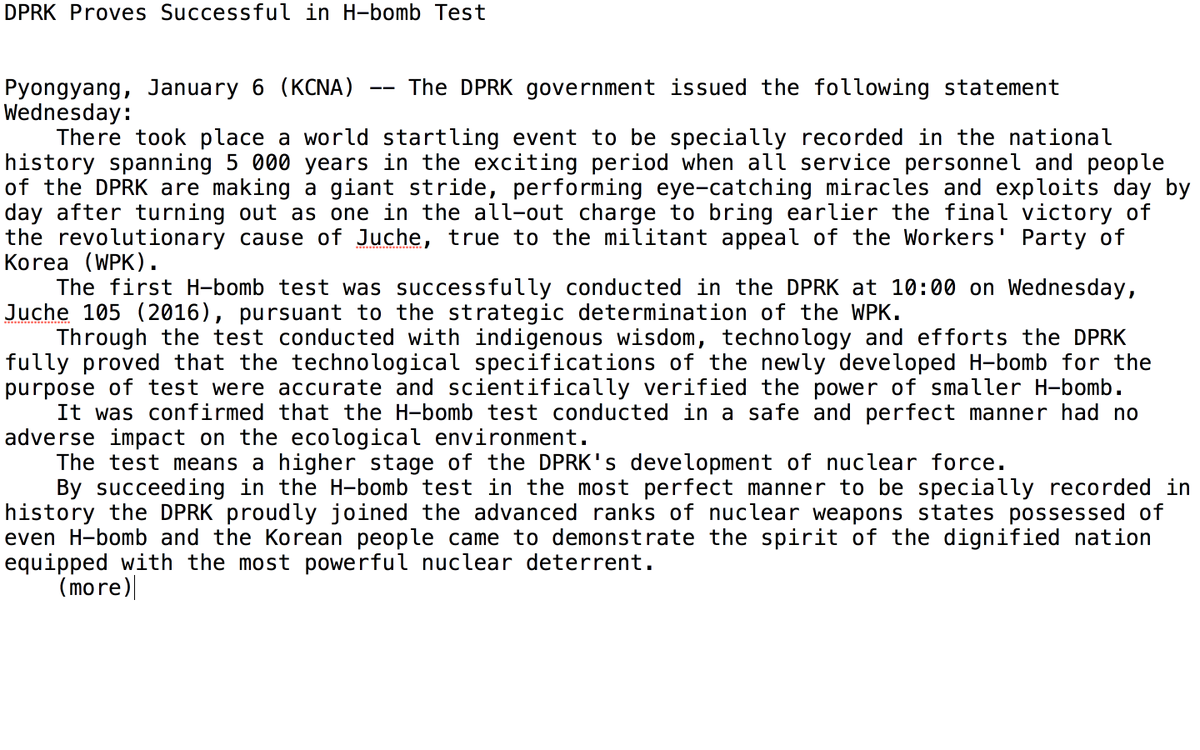 The announcement followed the USGS detection of a 5.1 magnitude earthquake in the vicinity of a known Pyongyang nuclear site.

The epicenter of the jolt was located 19 kilometers (12 miles) east-northeast of Sungjibaegam, Ryanggang Province, at a depth of 10 kilometers, according to preliminary data from the US Geological Survey (USGS). Similar seismic activity in roughly the same area was recorded on February 12, 2013, prior to North Korea claiming its third successful underground nuclear test.

The “unusual” seismic activity near a “known” North Korean nuclear site seems to be of artificial origin and was a clear sign of a nuclear test, South Korean News agency Yonhap reported.

“The Foreign Ministry is currently holding a meeting presided over by the minister to immediately determine the situation following the reports,” a ministry official said. 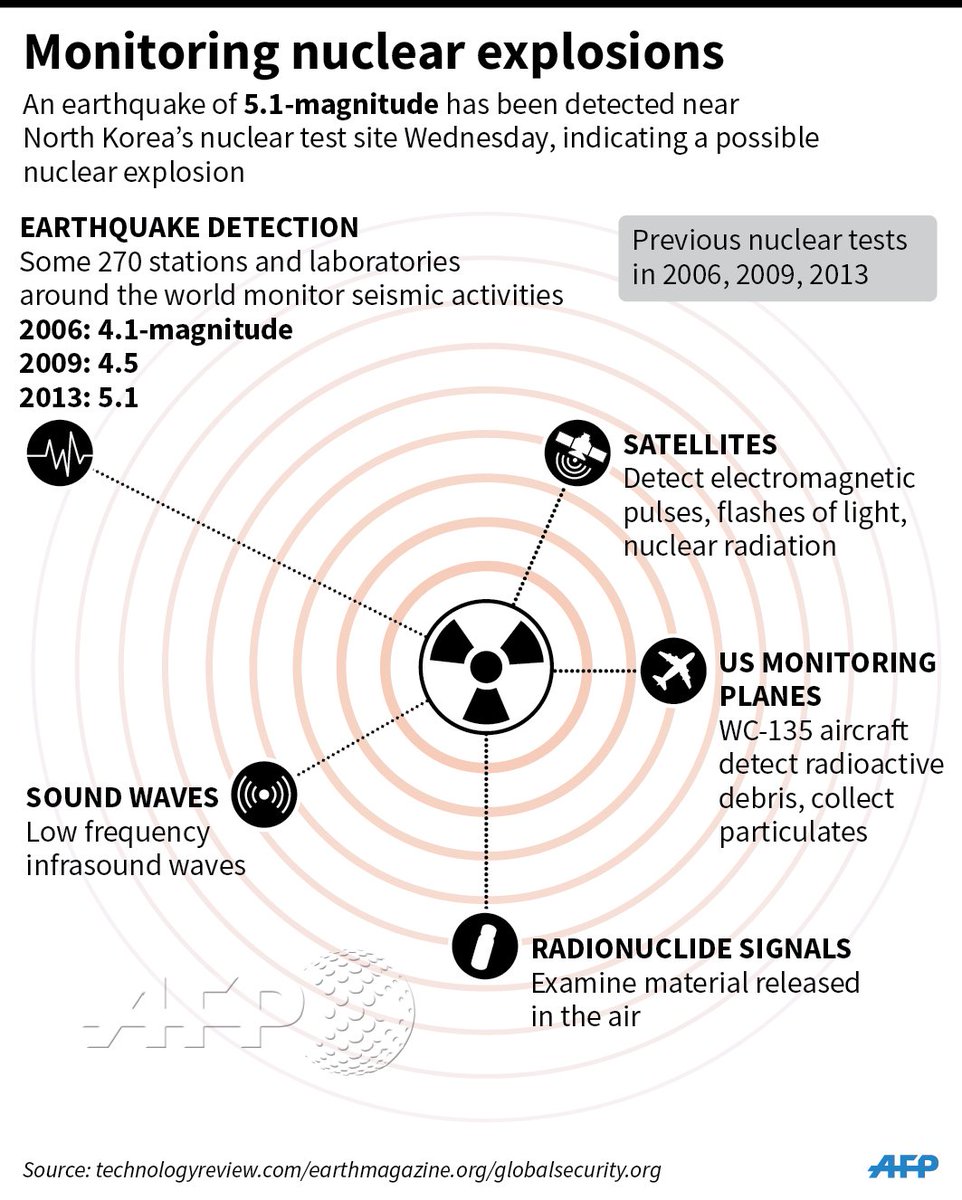 South Korea’s intelligence agency is analyzing the probability of a fourth nuclear test having taken place, while the National Security Council is preparing to hold a meeting to discuss the issue, Yonhap reported.

Meanwhile a US defense official said the department was “looking into the reports of a possible seismic event near North Korean nuclear facilities.”

North Korea first declared that it created a nuclear bomb in 2005. Since then, Pyongyang has conducted three known underground tests. The first, conducted in 2006 at the Punggye-ri Nuclear Test Site in the northeast of the country, contained five to 10 kilotons of explosives. It was recorded by seismic stations in Russia, China, Japan, South Korea and Australia.

The second and third tests were conducted in May 2009 and January 2013, increasing the power of the devices tested 10 to 20 kilotons of TNT each.

North Korea has repeatedly threatened to use its nuclear weapons in the event that its sovereignty is violated. Last month Pyongyang claimed that it had become a “great nuclear power capable of defending the independence and national dignity of our homeland by mighty nuclear and hydrogen strikes.”

However, it is not known whether North Korea had managed to develop a nuclear device small enough to be used as a warhead on a ballistic missile.