The senseless murder of British Labour MP Jo Cox by a mentally ill man, Thomas Mair, has been exploited by the “Bremain” campaign in a cynical attempt to link the murder and Mair to the “Brexit” campaign.

It is perhaps another hideous example of political necroexploitataion, joining a long list including the recent Orlando shooting that the mainstream media is blaming on the Second Amendment rather than the perpetrator; a reportedly radicalized Muslim.

The Bremain camp are squeezing as much political grist out of this just as their campaign is losing ground with a major shift towards Brexit as indicated by the latest polls.

Media reports have been emphasizing the fact that Cox was a pro Bremain campaigner and extrapolating out, in a feat of logical gymnastics, that her attacker was therefore a UKIP-esque far right sympathizer and Brexit supporter. 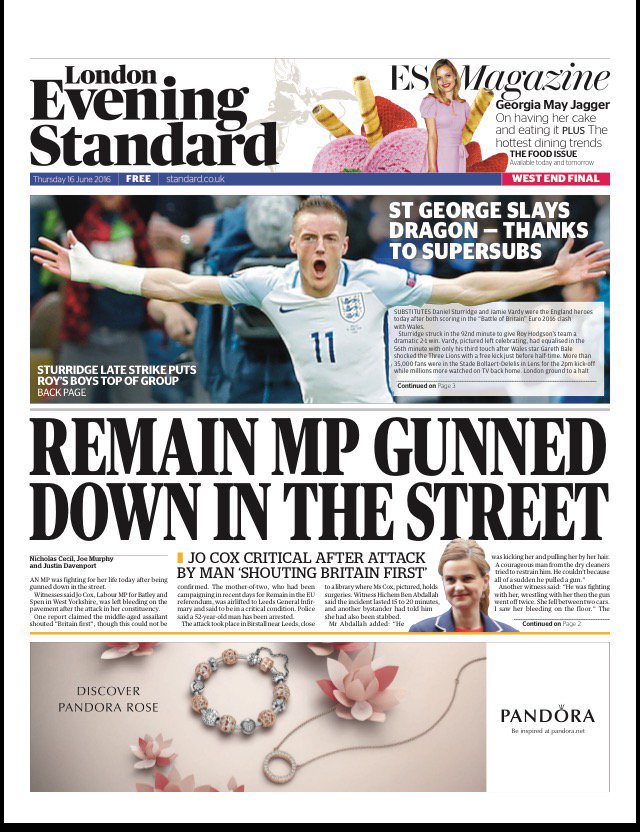 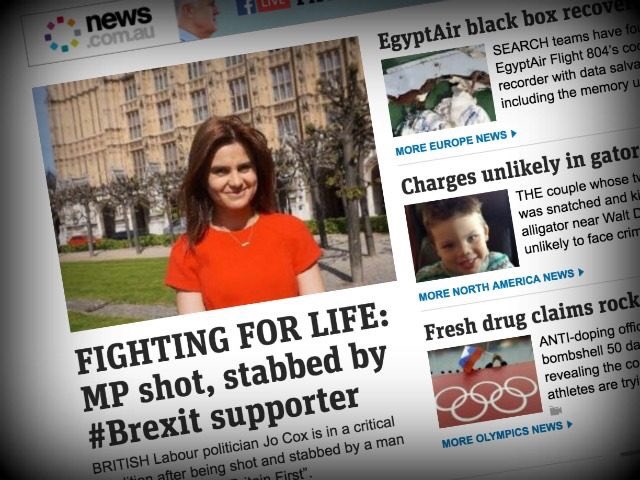 Claims that Mair shouted ‘Britain first’ have been disputed by eyewitnesses who maintain that they heard no such thing.

Some who immediately jumped on the “he shouted ‘Britain first'” bandwagon are now panicking that they might be accused of politicizing a tragedy and have started deleting their tweets such Cox’s Labour Party colleague and MP Maria Eagle.

The ‘Britain first’ angle was the story immediately reported around the globe in a classic example of a myth travelling around the world before the reality has even had a chance to put its’ shoes on.

The EU referendum campaigns have been temporarily suspended for a second day. Writing for The Spectator; Ron Liddle, has demanded that the referendum be cancelled out of respect for Cox.

IMF chief Christine Lagarde, who is a pro EU bureaucrat, refused to comment when asked at a press conference held by EU finance ministers saying

I’m not going to address your question out of respect for Jo Cox … For what is happening at the moment. A bit of reflection we can all have about how a democratic debate should take place.

Jeroen Dijsselbloem, the president of the Eurogroup and Dutch finance minister, said:

Out of respect for what happened today, we should refrain from answering any questions about Brexit.

Not commenting by making quite a politicized comments exemplifies the political establishment’s double standard and hypocrisy; exploiting tragedy while attempting to censor a dissenting view.

The claims that Cox was murdered for her beliefs and that Mair is a “Brexiter” have been made without proof and suggest that a strategy of fear and tension is almost all the Bremain camp has left. 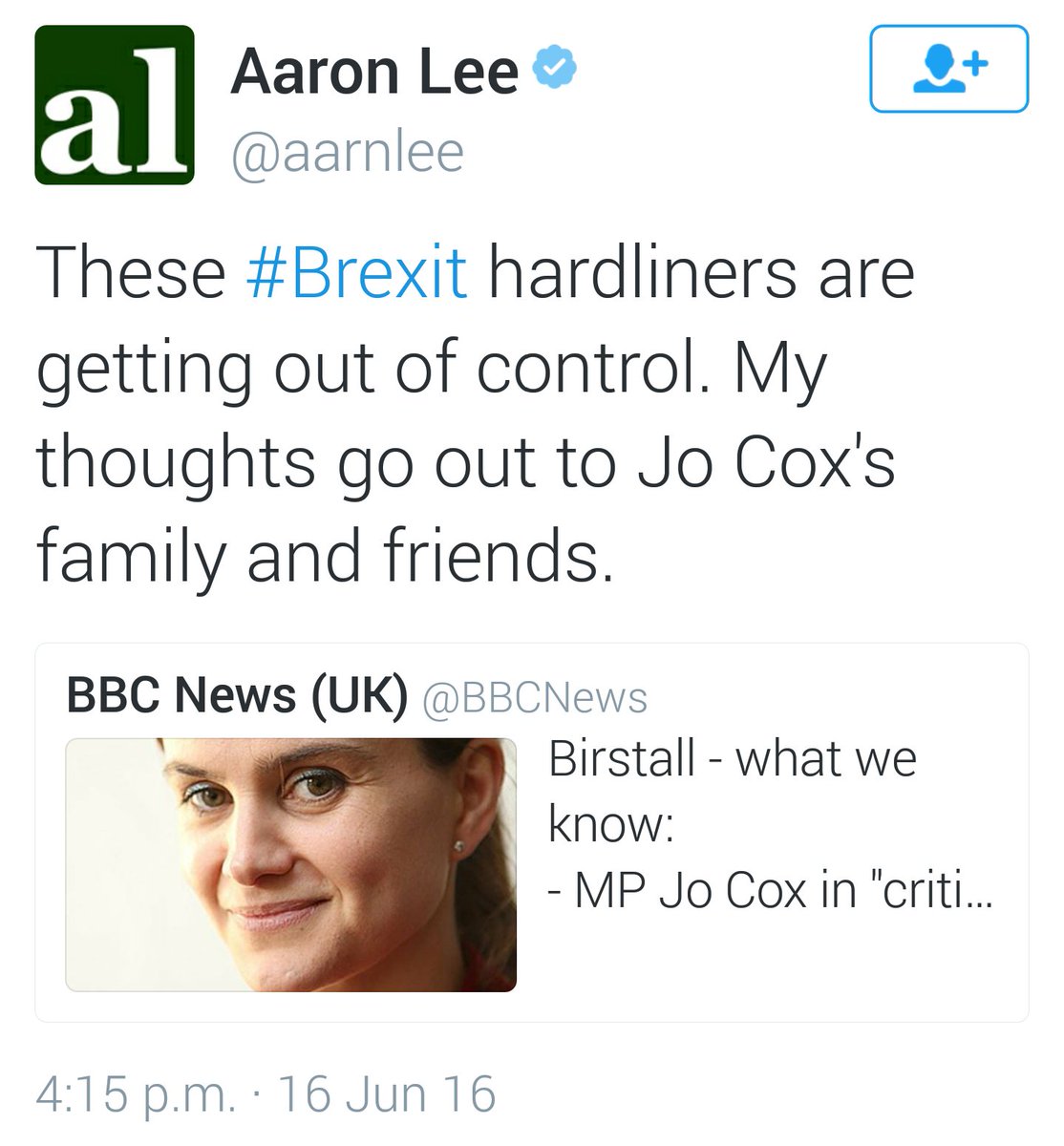 Mair’s brother has stated that he (Thomas) did not have strong political views.

Guardian reporter Charlie Skelton predicted that some kind of security threat would occur when polls started to indicate a swing in momentum towards the “Leave” camp. Skelton suggests this would be exploited to scuttle the Brexit campaign.

Ultimately the referendum is nonbinding and the Bremain camp could lean on the UK parliament to procrastinate and prevaricate through years of long bureaucratic filibustering with excuses for the need for new referendums until the Europhile establishment “Bremainiacs” get the vote they want.