Dr. Ashraf Ezzat | 24 July 2016
“What if the whole story of the Exodus from Egypt was a fake story, and what if we could prove that it is?” 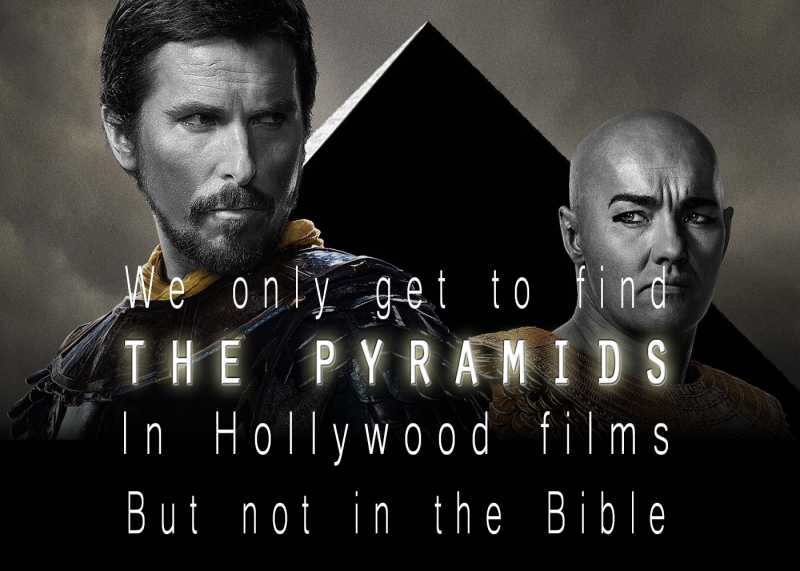 There wasn’t a time when I did not feel uneasy about the story of the Israelites’ Exodus from Egypt. Actually, uneasy is an understatement, for I was always irritated by this notorious story of Moses and Pharaoh of Egypt. Somehow, this Israelite tale couldn’t seem to fit in the history of ancient Egypt nor in my mind. Unlike most people, I couldn’t take that incredible tale for granted.
Whenever we say ‘the Exodus’ everybody unconsciously and instantly recognizes the story as the fleeing of the Israelites headed by Moses from the grip of Egypt’s ruthless Pharaoh. Thanks to Hollywood films this Exodus story has sunk deep in the collective subconscious of the masses, so deep that the story of Moses and Pharaoh has turned into an almost unshakable historical truth that once took place in Ancient Egypt.
But actually nothing in the ‘milieu of that story’ indicates that it happened in Egypt, except maybe the mistaken association between ‘Pharaoh’ and ‘King’ of Egypt.
Likewise, nothing in ancient Egyptian records or its oral tradition say or even allude to the fact that this tale of Moses really happened in Egypt. Even more shocking is the fact that the ancient Egyptian records do not refer to the Kings of Egypt as Pharaohs. Yes, Pharaoh was never a title for Egypt’s king. Linking Pharaoh to Ancient Egypt is merely a myth propagated by centuries of falsehood brought about by misleading interpretation of Biblical history.
The only reason we know the story of the Exodus happened in Egypt is because the Bible says so. We keep on believing that is the case because mainstream Egyptologists just went along with the Biblical narrative and absentmindedly designated Egypt’s Kings as Pharaohs. But if we examined the Hebrew text the Bible (currently in our hands) used as a reference we will strangely not find Egypt mentioned in it as the site/land of the Exodus story. The whole mess/deception took place during translating the Hebrew/Aramaic stories into Greek back in the third century BC. This is when Egypt was first hijacked and forcibly placed in the Hebrew Bible as the theater of the Israelite landmark stories. Ironically this whole act of duplicity took place on Egyptian soil and specifically at its legendary library of Alexandria.

But what if the Bible as we know it has long been tampered with?

What if the whole story of the Exodus from Egypt was a fake story, and what if we could prove that it is?

Have you ever wondered why are the Egyptian Pyramids and temples not mentioned in the Bible? Do you know that Egypt is mentioned in the Bible around six hundred times? The number is phenomenal and perplexing at the same time, for no one can revisit Egypt that too many times and never refers to one of its ancient icons; the Pyramids.
On the other hand do you have any idea how many times Israel/Israelites were mentioned in the Egyptian records? Get ready for this surprise; only once. Don’t jump to any hasty conclusions; this is not our evidence that Egypt was not the land of the Exodus; rather this is a prelude to our investigation (as detailed in our book, “Egypt Knew no Pharaohs nor Israelites“)
We were spoon-fed the idea that the Israelites were kept in bondage for almost 400 years (some say 260 years) in Egypt, and yet all of their stories are devoid of any trace of Egyptian influence. Moreover, and to our amazement, slavery was not a common practice in ancient Egypt in the first place. Unlike the pervasive culture of slavery in the Israelite stories, Ancient Egypt never had a public market for trading slaves.
Everything about ancient Egyptian culture; its art, architecture, monuments, people, theology, mythology and pantheon of gods is uniquely strong and influential even to this very day. After such a long sojourn in the land of the Nile Valley, one would have expected to find some trace of Egyptian cultural influence in the Israelite history and narrative, but that was hardly the case. Though the Israelites only spent around seventy years in the Babylonian Captivity, still that short period was documented by both the Israelites and the Babylonians and reference to it is also found in the Persian records.
On the other hand, the Hebrew Bible claims the Israelites sojourned in Egypt for hundreds of years and yet we fail to find any extra-biblical documentation or mention either of the Israelite sojourn or of their exodus in the Egyptian records, or non-Egyptian for that matter.
There wasn’t even any mention of the Pyramids, one of the wonders of the ancient world, in the Israelite stories. You can’t stay that long in Egypt without taking note of the Pyramids. Most foreign historians and military leaders who came to Egypt from late antiquity onwards like Alexander the Great, Strabo, Diodorus Siculus, and of course Herodotus were keen to mention and document their memories and commentaries about the famous site.

“The eighth king, Chemmis of Memphis, ruled fifty years and constructed the largest of the three pyramids, which are numbered among the seven wonders of the world” Diodorus Siculus (90 – 30 BC), library of history.

But when it comes to the Israelites their Hebrew Bible is totally silent about not only the Pyramids, but also any feature of ancient Egyptian culture or architecture.
Seventy years of captivity in Babylon have left its mark on the Hebrew culture, the Hebrew Talmud and the Hebrew Bible. Themes from Sumerian and Babylonian mythology like that of the flood, Adam and Eve and the tree of knowledge can be traced in the Hebrew book. Even parallels could be drawn between the birth legend of King Sargon of Akkad and that of Moses.
The four-hundred-year sojourn in Egypt should have left its mark on the Israelites and their culture, but that is nowhere to be found because they have never been to Egypt. And no, the argument that claims the Israelites refrained from being affected by pagan beliefs and culture can’t be considered valid, for all sorts of Sumerian, Assyrian and Babylonian (pagan) cultural influences are jammed into their Torah.
The not so infrequent comparison between King Akhenaten’s monotheism and that of the Israelites is also invalid in essence for the Jewish cult is tribal, militaristic and lacked (actually forbade) any genuine artistic manifestations while that of Akhenaten was universal in nature (built on ancient Egyptian belief in a supreme God) that was celebrated by works of revolutionary art and architecture. Besides Akhenaten’s Aten was an inclusive deity that embraced all his children and not just one specific tribe of the desert.
No matter how hard you dig into the Israelite stories you will not find any Egyptian influence, not a speck of impact, except maybe the mention of the word Pharaoh. And guess what; Egypt never knew any Pharaohs either (how about that for a hard-hitting revelation).

“Re-examine your old beliefs” to find out how they they have come to define you. Indeed we are limited, if not pre-conditioned, by our old beliefs and stories. As they once carved our past those same old stories keep on shaping how we view the present. Only the critical scrutiny of some of our old beliefs will decide if they will keep their (unwarranted) authority over us in the future.
If you are a truth seeker and would like to unearth the truth that has been blocked for over two thousand years, you will want to read Dr. Ashraf Ezzat’s ebook “Egypt Knew no Pharaohs nor Israelites”.
We have been spoon-fed lies for too long. It is time we weaned off it.