The Independent | 3 Aug 2016
‘Oh, little snowflakes, when did you all become grandmothers and society matrons, clutching your pearls in horror at someone who has an opinion about something, a way of expressing themselves that’s not the mirror image of yours?’
If you’ve been listening to Bret Easton Ellis’ excellent podcast over the past couple of years, you’ll know that an anger, a disbelief, an exhaustion with political correctness and online hive mind mob mentality has been rumbling in the writer for some time.
The podcast is mainly focused on film, and the issue of social media and modern journalistic discourse bleeds into this area as it has had an unquestionable effect on artistic output in the past couple of years. On a previous episode, guest and Bored To Death creator Jonathan Ames confessed to having recently pulled out of writing an article for a publication simply because he feared the often overwhelming online backlash writers now face.
In the latest instalment but one, ahead of a very interesting, not-unrelated interview with The Invitation director Karyn Kusama which I implore you to listen to, Bret let rip with an opening monologue calling out the “authoritarian language police”, with “your strict set of little rules and manufactured outrage, demanding apologies from every sandwich or salad you didn’t like”.
The American Psycho author would probably be the first to admit that he went a little too far at times, and has previously confessed to delighting in stoking controversy and acting the contrarian on Twitter, but there’s some incredibly cogent stuff in there about the paradoxically fascist aspect to the ‘this is the only opinion you are allowed to hold’ tacit rules of leftist social media.
It starts with a discussion of recent controversy over an LA Weekly profile – I hate to have to do this and the context is really necessary, but if you’re short on time, the main thrust of this 2000-word essay begins where I’ve added these arrows: >>>
Alternatively, you can listen to the podcast in full here.
“In an appreciation of the hot young singer Sky Ferreira that the LA Weekly posted a week ago, the writer Art Tavana wrote, quote:
“Sky Ferreira has a name that reads like a turbo-charged Italian sports car, or the kindred spirit to second-generation Italian-American pop star Madonna, the most ambitious woman to ever wear a pink cone bra. Both Sky and Madonna have similar breasts in both cup size and ability to cause a shitstorm.
“When Ferreira dropped her debut, Night Time, My Time, three years ago, the bare-breasted album cover nearly broke the internet. Misogynists claimed it was a desperate attempt to sell records; feminists saw it as the calculated move of a defiant young woman. A third unnamed group, that included me, couldn’t help but reminisce on the past, on Madonna’s defiantly atomic boobs – the two knockers that altered the course of human history. 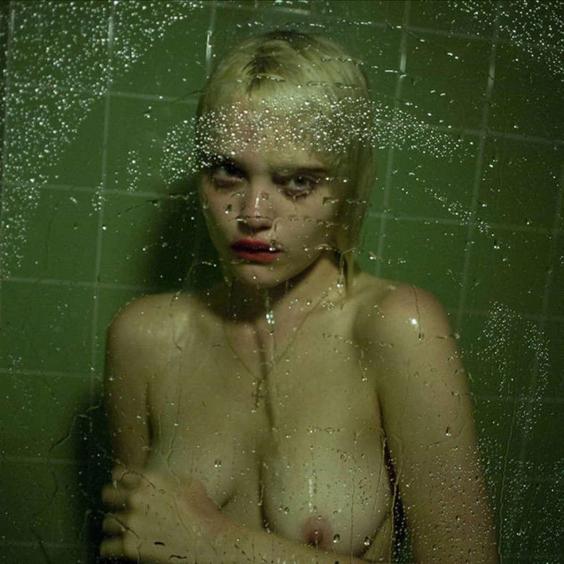