THESE are the mysterious aircraft that many believe hold the answer to one of the world’s great alien conspiracies.

The unmarked white and red Boeing 737s appear like any other at first sight.
Lined up at Las Vegas‘ McCarran International Airport, several of the giant jets use their own private terminal.
But they are not used by the public and only serve one destination – Area 51. 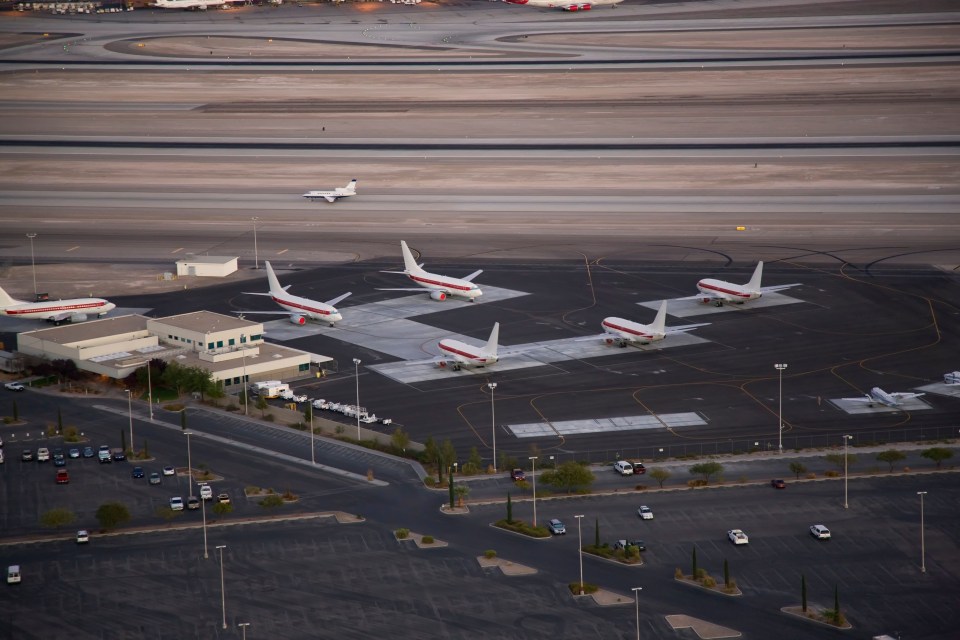 Extra terrestrial theorists believe the top-secret military base – hidden away in the Nevada desert – contains the remains of an alien aircraft that crashed in the 1950s.
The area was bought up by the US military in 1955 and its existence was only acknowledged for the first time in 2005.
It is believed to be the testing site for top-secret cutting-edge military technology.